Hugh Lupton is a storyteller, living in East Anglia, who has been walking the lanes and ways of Norfolk learning stories through walking, and sharing them across the globe. We meet on a cold and windy day in April on one of his favourite walks, beside the River Bure, and talk about how people can value place in a different way if they have a sense of the narratives that are associated with it.

It is not the first time that Andrew Stuck and Hugh have met. Both of them took part in the Sideways nomadic art festival, that included a walk across Belgian Flanders in 2012. 20’27″ 9.6MB

Notes of items mentioned in the interview with: 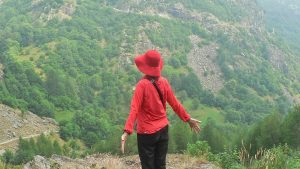