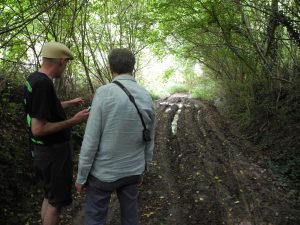 Walking in silence and stepping lightly on the ground are two rules with which Belgian artist, Stefaan van Biesen frequently asks his companions and participants to comply.  Today’s walk is an exception as Talking Walking‘s producer, Andrew Stuck and Stefaan step away from the activities of Made of Walking in La Romieu in south west France, for which Stefaan is one of the organisers.   Eschewing the car since 1994, and travelling lightly and slowly through Europe, Stefaan styles himself as a ‘flaneur’, observing human movement and interaction.  Walking is what he does, whether it is running daily errands, making artwork, or allowing his 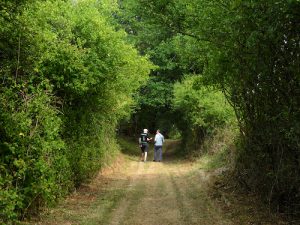 Often uncelebrated and rarely visited, the summits of each of the London boroughs can be 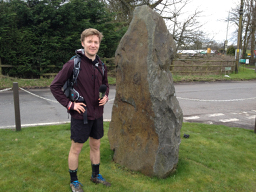 somewhat of a let down, by the time you reach them.  However, in the company of Rick Pearson, even the climb to the highest point in London, becomes an enjoyable adventure.  Andrew Stuck accompanies him to  Westerham Heights, Bromley’s highest peak. Andrew admits he was somewhat underwhelmed when they conquered it, yet the passion and sheer exuberance of Rick as he recounts his previous conquests, and those to come, will carry you to the top.  Rick, in turn, has accompanied many others on these adventures, and you can listen to their stories on his londons-peaks.com podcast. 23’32” 11.0MB

Download notes of items mentioned in the interview with Rick_Pearson

Listen to Rick’s recording of our adventure to Westerham Heights.

Andrew Stuck is intrigued by Nordic Walking, not least as it is rapidly growing in popularity. Some of the questions that come to mind include: what attracts people to go for a walk using poles, what 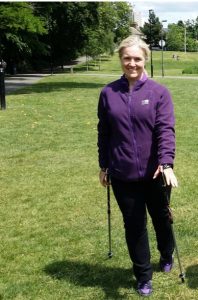 advantage do the poles bring, what health benefits does it accrue, and doesn’t one feel a tad self-conscious?  Andrew joined a Nordic Walking training session in nearby Lewisham with other novices under the tuition of Sonya Brennan.  Andrew asked Sonya to tell her story of how she came to taking up Nordic Walking, and in the interview that you are about to hear, she answers my questions as well as candidly revealing her motivations. 19’54’’ 9.3MB

Recorded in April 2018 on a walk in Manor House Gardens, Manor Park and the surrounding streets in Lewisham.

Download notes of items mentioned from the podcast interview with Sonya_Brennan 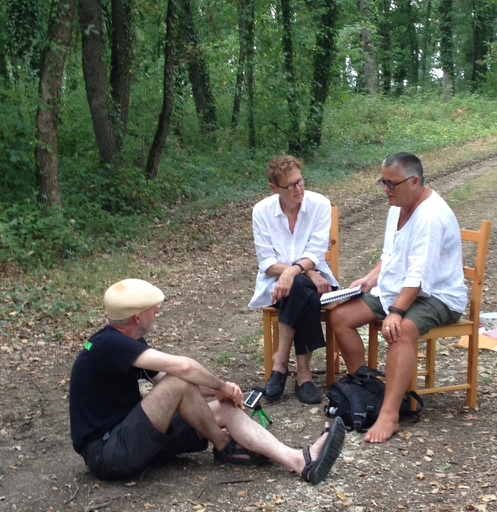 Leena Raudvee and Pam Patterson in conversation with Andrew Stuck

Andrew Stuck is sitting with Pam Patterson and Leena Raudvee in a woodland glade, on a rough track that curves towards a rural road, a couple of miles beyond La Romieu in south west France.  They have just performed a collaborative piece entitled “Listening: On the Architecture of Aging” as their contribution to the Made of Walking gathering of artists in August & September 2017.  The two of them have been working independently as solo artists and their collaboration as ARTIFACTS for more than 30 years.  Both have mobility issues, and Leena is also visually-impaired; they have differing experiences in using a cane to aid walking.  The discussion explores aspects of collaboration, creativity and reflection, as we explore how their collaborative practice has evolved.  The recording begins with Leena speaking. 24’14” 11.4MB

Download notes of items mentioned in the interview with ARTIFACTS 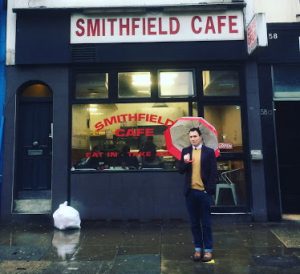 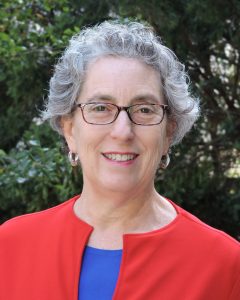 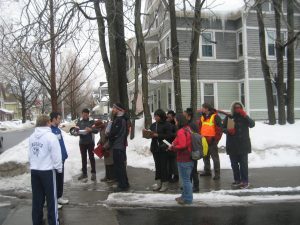 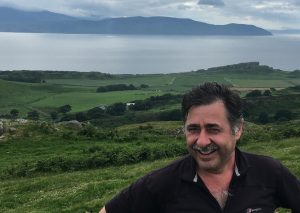 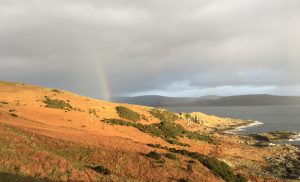 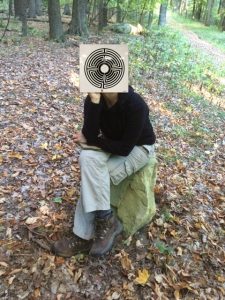 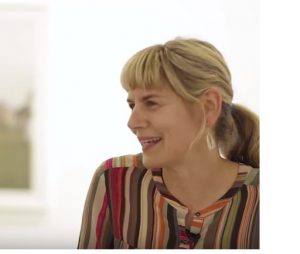 On an icy December day, walking with a friend in Queen’s Wood in north London, Andrew Stuck came across an intriguing set of pedestrian signs on which were written lines of poetry, lyrics, and instructions. His curiosity got the better of him, and when he got home, he tracked down Grace Adam, who had created the signs.

Returning to the wood in January, when the muddy ground was as slippery underfoot, Andrew interviewed Grace Adam to find out what had been her motivation, in creating the installation called “Out of the Woods…Words to navigate by”. 20’05” 9.5MB

Download notes of items mentioned in the interview with Grace_Adam

If you are reading this entry before the Spring Equinox (20 March) 2018 then you will still find Grace’s work in Queen’s Wood. 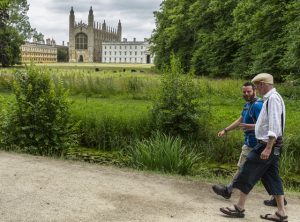 A warm mid-summer’s day stroll through the Grantchester Meadows beside the river Cam should have been the idyllic setting for an interview by Andrew Stuck of Nick Hallissey, Deputy Editor of Country Walking magazine.

A professional walker and writer who has an encyclopeadic knowledge of walking routes throughout Britain.  For many, his must be the dream job, but as he reveals it is not just endless walks in the beautiful countryside, there’s research and meticulous preparation.  Neither of which Andrew appears to have done for this walk.  In addition, there are office-bound days prepping monthly issues of the magazine. We are also accompanied by a photographer, as Nick is keen to use images from our walk in a future feature. It is an experience Andrew has not encountered before. 11.4MB 24’19”

. Want to read more of Nick’s adventures?  Country Walking Magazine are offering listeners to this podcast a discounted rate on subscriptions (including a trial package of 3 months for just £5) – just follow this link

Download notes of items mentioned in the interview with Nick_Hallissey 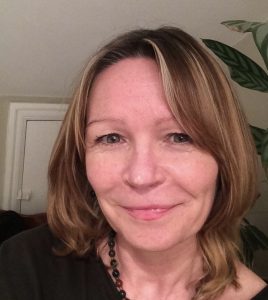 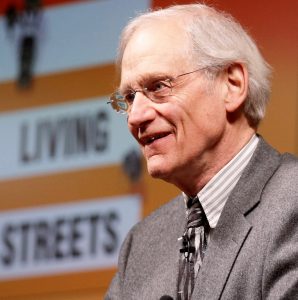