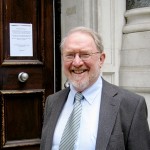 Bill Chandler is a planner and urban designer based in Melbourne Australia. Bill was Chair of the Victoria State Urban Arts Unit in the mid 1980s in the 1990s, he was Chief Planner, Urban Designer and Marketing Director for the Melbourne Docklands Development. Trained as an architect, town planner and engineer, Bill now heads up his own consulting company advising clients from the private and public sectors, and community groups. He founded and convenes the Urban Design Forum which has recently celebrated 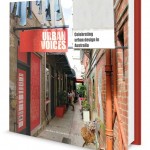 25 years of urban design in Australia, with Bill editing Urban Voices, a book reflecting on the work achieved and looking to the future.

Recent changes in the federal government in Australia, has meant that the balance of power in the Senate, (the upper house) is held by a number of micro-parties, one of which is called the Motorists Interest party.  The Liberal National Coalition that has the majority in the lower house, is enthusiastic about building roads.  Consequently, although ever an optimist (and looking to the longer term – beyond the 3 year term that the Liberal Nationalist now have), Bill is sanguine in his 5 year walking forecast, believing that Australia has stepped back to a time when economic growth was  predicated by road building. 5’57” 2.8MB

Listen to an earlier interview with Bill Chandler

STOP PRESS: Listen to Bill Chandler speaking live at an RTPI event in London in September, 2014 on Planning and Planners in the 21st century.